← more from
Mainstream Records
Get fresh music recommendations delivered to your inbox every Friday.
We've updated our Terms of Use. You can review the changes here.

A Time in my Life 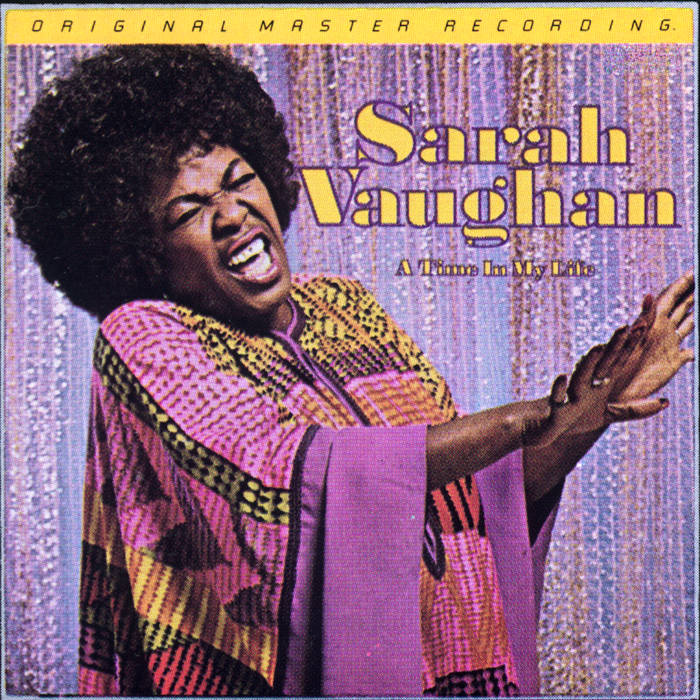 A Time in My Life is a 1971 studio album by Sarah Vaughan, arranged by Ernie Wilkins.
Sarah masterfully reinvents 10 cover songs adding a pop or jazz spin. This album features some of the most talented musicians of the 70s covering songs by John Lennon, Marvin Gaye, Bob Dylan and Michel Legrand.

Sarah Lois Vaughan
will forever be remembered as one of Jazz's premiere vocalists.
Nicknamed "Sassy" and "The Divine One", she won four Grammy Awards, including the Lifetime Achievement Award. She was given an NEA Jazz Masters Award in 1989. Critic Scott Yanow wrote that she had "one of the most wondrous voices of the 20th century. ... more

Bandcamp Daily  your guide to the world of Bandcamp